The world of Archlord 2 can be considered as a parallel universe to that of Archlord, showing an alternate history of the world of Chantra.

The world of Chantra was created by a race of powerful god-like beings with the help of an ancient crystal artifact bundling the energy that permeates the universe. They created the world of Chantra and gave form to the stars, the lands, seas and mountains. After their labor, the gods needed to rest and went to their eternal palace to slumber. However, they created a powerful being — the Archlord — to safeguard and guide the destiny of their new creation.

The light shone bright upon this new world, but as with all things, were light shines brightest, the shadows are darkest. And while the gods were indeed powerful, they were not almighty. They did not expect that there would be those that would oppose their act of creation and strive to plunge it into darkness.

The chaotic influence of destruction began to challenge the order of the world the gods had established, corrupting the one destined to be the guardian of Chantra, the immortal Archlord. With his mind clouded and corrupted, the Archlord rose in blood and battle, trying to depose the gods and take their place. Calling himself the “Lord of Chaos” and combining the power that was given to him by the gods with the powers of destruction and chaos, he conquered the lands before him.

Finally, the Lord of Chaos attacked the heavenly palace where the gods slumbered with his armies of demons and other nightmarish creatures from the Abyss. Dismayed at what had become of their creation, the gods left their eternal home.

In order to combat the dark powers that had taken hold of their creation, the gods created an entirely new species and gave the one among them that served them most faithfully power to rival that of the first Archlord. This new Archlord was again made supreme ruler, but was no longer given the blessing — or indeed, curse – of eternal life. 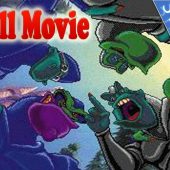 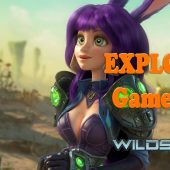