Tales of Eternia (Japanese: テイルズ オブ エターニア Hepburn: Teiruzu Obu Etānia?), known as Tales of Destiny II in its original North America release, is a role-playing video game published by Namco as the third main title in their Tales series. Initially released for the PlayStation in November 2000 in Japan, an English version was later released in North America in September 2001. It was developed by members of Telnet Japan’s “Wolfteam”, who had previously worked on its predecessors Tales of Phantasia and Tales of Destiny. The game’s producers gave it the characteristic genre name RPG of Eternity and Bonds (永遠と絆のRPG Eien to kizuna no RPG?). A port was released for the PlayStation Portable handheld in Japan in March 2005, and the PAL region in February 2006.

The game is set in the fantasy world of Inferia, follows the story of a young hunter named Reid Hershel and his friends, Farah and Keele, as they meet a mysterious girl who speaks an unknown language. Their subsequent quest to discover her origins leads them across a dimensional boundary to an entirely different realm known as Celestia, where they become involved in an age-old conflict between the two worlds. Tales of Eternia was mostly well-received during its initial release, and sold approximately 873,000 copies worldwide. It would later inspire a 13-episode anime co-produced by Production I.G loosely based on the game’s plot. http://en.wikipedia.org/wiki/Tales_of_Eternia 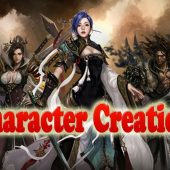